Why one ACL is jealous of the other

I’m an average, fun-loving 25-year old who is obsessed with playing basketball. It’s something I try to do every day if possible. If I’m not playing basketball, then I’m lifting in the gym, running, traveling to conferences, reading, or hiking. In short, I am most definitely an active, outdoorsy kind of guy.

One ACL tear was not enough

Given all of my time on the basketball court and overall physical activity, it’s probably not surprising that I would get injured at some point. Well, I’m here to tell you that recently I’ve actually torn not just one but both of my ACLs (anterior cruciate ligaments). In addition, each injury took place only about a year apart from each other. However, because of this, I think it’s worth telling you about the disparity in my experiences with each one—and why I went with a different doctor to treat my second torn ACL.

On May 28, 2014, I had surgery to repair a torn ACL in my right knee. I injured it—what else—playing basketball. While the surgery went well, it took approximately a year to get it fully healed. By mid-2015, I had recovered and was back to my usual active self and routine.

However on June 24th, I was playing basketball again at a local park. I went up for a shot, but ended up passing the ball instead and landed awkwardly on my left leg. I heard the pop in my knee and I knew right away what happened. I remember thinking, “Wow—I cannot believe I’m actually going to need another surgery and go through all of the rehab YET AGAIN.”

Making a decision on my surgeon 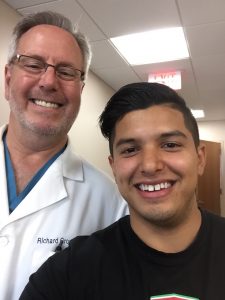 So I went back to the doctor who performed my first ACL surgery. He ordered an MRI on my newly torn left ACL. But I was getting the feeling that my doctor was just sort of going through the motions. I mean, he didn’t even try to pretend to care about my condition. This was the second ACL tear in just over a year that I was entrusting to him and it seemed like he was simply checking me out through a grocery line. My gut was telling me that I needed to explore another option.

So I went online and did my own research, and also called around. When I saw all of the positive reviews for Dr. Richard Grossman at WOSM (Washington Orthopaedics and Sports Medicine), I knew this was someone I needed to check out. I made an appointment, and after spending a few minutes with him, I knew I found my guy. He was so welcoming, empathetic and unbelievably humble, and made it clear that my injury and recovery were top priority for him. My mom met Dr. Grossman and was raving about him as well. Even though he was out-of-network, she agreed that having him perform the surgery was the best way to go.

After we reviewed the MRI taken with my first doctor, there was no doubt that my left ACL needed to be fixed. So we scheduled a date for the surgery, and I did about 12 days of prehab with a physical therapist to get my knee in optimal shape before the procedure.

The day of the surgery went about as well as it could have possibly gone. The procedure took place at Bethesda Chevy Chase Surgery Center. Dr. Grossman was very clear in communicating to me all of what was going to happen and, of course, he reassured my mom completely. All in all, everyone was very supportive at the surgery center and the operation was pretty uneventful.

While I had two virtually identical knee operations, the way I was treated couldn’t have been more different.

Up and walking 12 days later

Just about everyone I know who has had ACL surgery has some kind of limp. I’m only 25 years old and I wanted to continue playing basketball and other sports well into my 30’s and 40’s, so I was very serious and disciplined about my rehab. I continued to use a physical therapist that I was comfortable with when I was recovering from my first ACL injury. The rehab this time was still brutal, but I wanted to make sure I did it the right way, without any excuses. 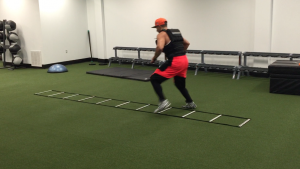 Putting in some ladder work to get my knee stronger

I think this mindset helped my knee recover more quickly than my other one did. Five months after the surgery, I was running three-to-four miles without any problem or pain. And now, 10 months later, I’m playing basketball again—but I’m being smart and taking it easy for awhile so that I don’t risk lightning striking me a third time.

This is the guy who’s going to take care of you, make your knee as good as new, and have you feeling great during the whole process. Just put your care in Dr. Grossman’s hands and let him do his thing.

Choosing the right surgeon is everything

While I had two virtually identical knee operations, the way I was treated couldn’t have been more different. I ended up with good results from both, but my second experience was far better because of the personal and thoughtful care I received from Dr. Grossman.

If anyone suffering from the same injury I had were to ask me for my opinion of Dr. Grossman, I would first show them a one-legged squat I can now do with my knee. Then, without a word, I would grab that person, put them in my car, and personally drive them over to the WOSM office. I would walk them in, find Dr. Grossman, and tell that person that this is the guy who’s going to take care of them, make their knee as good as new, and have them feeling great during the whole process. Just put your care in Dr. Grossman’s hands and let him do his thing.

So that’s the story of my two ACL procedures. I wouldn’t wish what I went through on anyone, but the connection you have with the doctor in charge of your treatment can make all the difference in the world. Just ask my knees. 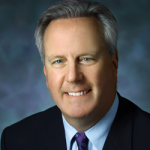