Sports have always been an important part of my life. I played field hockey and lacrosse competitively in college; today, outside of work, I’m a CrossFit coach and an Olympic weightlifter. Overall, I take really good care of myself. However, I recently developed a condition that interrupted not only my training routine but also my everyday life.

About a year and half ago, I woke up one morning with excruciating pain in my left hip. I had no idea why—there wasn’t any acute incident that I could remember as a possible cause for it.

In any case, over the next few days, the pain didn’t go away. So after working with a chiropractor and then consulting an orthopaedic surgeon, I was ultimately diagnosed with a torn labrum (the ring of cartilage surrounding the hip joint) as well as cam and pincer impingement, which involved small irregularities on the ball and socket of the hip that probably led to irritation and wear on the labrum. Surgery was recommended, but since it was a pretty involved procedure, I felt that I needed to get a second opinion.

I did some research on hip arthroscopy surgeons in the area and, based on what I found, decided it would be worthwhile to make an appointment with Dr. Andrew Wolff at Washington Orthopaedics & Sports Medicine.

My first surgeon recommended repairing the labrum and shaving down the impingements. However, when I saw Dr. Wolff, he really took time to thoroughly review my condition and initial diagnosis. Even though he was running late for my appointment, he spent almost an hour answering every question I had, which really impressed me. He also took x-rays, which the first surgeon didn’t do, that enabled him to come up with a more nuanced and accurate diagnosis of what was causing my pain.

Dr. Wolff saw that my hip labrum, rather than being torn, was actually almost non-existent, and what remained had ossified. Since there wasn’t enough tissue left to repair, he felt that a reconstruction was needed. He explained that the condition of the labrum was possibly due to my active lifestyle. But he understood how weightlifting and CrossFit were a huge part of my life and how important it was to me that I be able to resume those things.

So, given the time that Dr. Wolff had spent with me and his more complete diagnosis, I felt pretty comfortable moving forward with my surgery with Dr. Wolff.

At home after surgery with leg temporarily immobilized

My friend took me to Massachusetts Avenue Surgery Center the day of my procedure. As I was being prepped, I was kept fully informed by the staff of what was going to happen and why, which was great. Dr. Wolff came back and explained to me exactly what he was going to do and how long it would take. Basically, the reconstruction of the labrum involved a fascia lata allograft taken from a cadaver and would take about three hours.

I was moved into the operating room, and after the nerve block and anesthetic were administered, I was transferred onto the table, which was the last thing I remembered while awake.

After I woke up in a recovery room, a staff member showed me how to get around on crutches. Once I was able to do that, I got dressed and my friend drove me home. All in all, it was a pretty easy day, as far as having surgery goes. 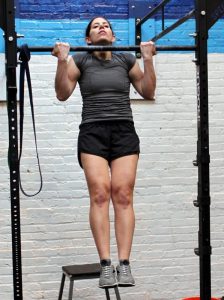 At the gym just two weeks after surgery

Now even though the actual procedure went smoothly, I knew that my recovery was going to be long and hard—Dr. Wolff set that expectation with me early on. He told me before surgery that there would be 12 weeks with no dynamic hip movement afterward.

I did my first six weeks of physical therapy at the SMARTherapy center at WOSM. Although I eventually moved to another PT who was closer to where I live, my SMARTherapy experience was exactly what I needed. The PT there helped me stay careful and conservative with my program, and it was a real benefit to me that he was familiar with Dr. Wolff’s post-op therapy and could communicate directly with him and keep him up-to-date on my progress. The SMARTherapy facilities were great as well.

Although I was limited to what I could do initially, I was going to commit myself  100% to my rehab. I spent several hours a day doing all of my therapy exercises, whether at PT or at my gym. After I transitioned to the PT who lived near me, Dr. Wolff worked with her as well. When I followed up with Dr Wolff, I would usually bring a long list of CrossFit movements I wanted to do and go through what I could and shouldn’t do with him. It helped me incorporate what I loved doing with his program, which I think enhanced my overall recovery.

By 12 weeks, I was doing pretty well and Dr. Wolff allowed me to start on a running program. At that point I hadn’t been able to run for nine months, so it was fantastic to be able to run again without any pain. I was also feeling well enough to be able to do weighted squats by this time as well.

At six months, I was able to do everything at the gym without any pain. And at the one-year mark, I had regained my full strength, and started hitting numbers in my weightlifting that were above my personal bests before my surgery.

A pain-free clean one year after surgery 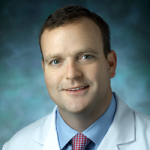 I can’t say enough about Dr. Wolff. He really cares about his patients, which was evident the first time I met him. He understands that, when you’re facing this kind of procedure and long recovery process, you need to be as comfortable as possible with everything involved and understand every single step. I’m not sure that a lot of doctors are aware of this. All in all, Dr. Wolff inspired complete trust, and I’m not surprised in the least to hear that other patients of his feel the same way I do.