A young soccer player pivots on the pitch—and suddenly feels pain in her knee as she hears an audible pop.

A teen gymnast dismounts from the uneven bars and feels acute pain in her knee on the landing—and cannot bear any weight on her leg afterward.

A college lacrosse player cuts upfield and is hit by a defender as his cleat is planted in the turf—causing his knee to give way.

These scenarios represent typical events that result in tears of the Anterior Cruciate Ligament (ACL), an injury that happens over 175,000 times per year in the U.S. alone. While frequently seen in association with higher-risk sports such as soccer, football, and skiing, this injury is typically not related specifically to contact or collision. Instead, the person sustains a force about the knee while pivoting, cutting, or landing from a jump that exceeds the strength of the ligament.

What does the ACL do?

The primary function of the ACL is to provide a restraint to forward motion of the leg (tibia) in relation to the thigh (femur) at the knee as well as to provide rotatory (twisting) stability to the knee. When the ACL is torn or incompetent, the knee is at risk for both translational (sliding forward) and rotatory instability, which can lead to giving way or buckling, and potentially dangerous cartilage injury. 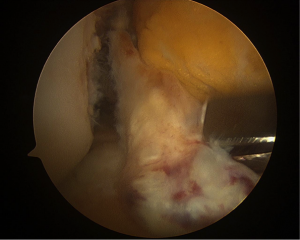 However, not all ACL injuries require surgical treatment. Some patients will have partial tears or tears that do not result in functional instability and which do not require surgical intervention. Tears that cause functional instability and tears in athletes who want to continue participation in high-risk sports that involve pivoting, cutting, and high rotational stress about the knee should be carefully considered for surgery (ACL reconstruction).

A tremendous amount of research has been devoted to understanding and hopefully someday preventing ACL injury. There is no single causative event, gene, or mechanism responsible for the injury. However, what may be surprising to know is that ACL injuries occur up to nine times more frequently in females than in males.

The location of the ACL within the knee requires a reconstruction or creation of a “new” ACL rather than restoring the existing one because the torn ligament fibers retract at a cellular level, will not heal well, and are not amenable to ACL “repair.” As a result, surgery to treat this injury requires the creation of a new ligament using autograft (from your own body) or allograft (from a cadaver). The most commonly used material for reconstruction grafts are the patellar and hamstring tendons with bone plugs at either end. 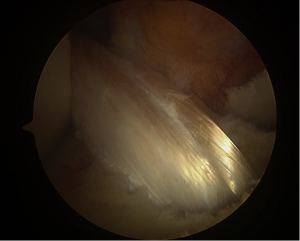 To reconstruct the ligament, an arthroscope (a high-definition fiber optic video camera) is used and tunnels are created in the tibia (leg) and femur (thigh). Several devices secure the graft at the femur and tibia. The graft then serves as a tissue scaffold, which becomes repopulated with cells from the patient and functions as a ligament going forward. Additional attention is closely given at the time of surgery to address any additional injury to cartilage within the knee either involving the menisci (c-shaped, shock-absorbing cartilage rings) or the articular cartilage (which lines the ends of the bones and provides a smooth, low-friction gliding surface).

Patients go home on the day of surgery and, with a carefully tailored physical therapy protocol, are typically ready for return to competitive sports activities in approximately six to nine months. Previously, patients may have returned as early as five months, but a growing body of evidence continues to emerge and clarify the importance of reducing re-injury risk by allowing the reconstruction and the patient sufficient time to prepare their body for return to high-level competitive sports.

A tremendous amount of research has been devoted to understanding and hopefully someday preventing ACL injury. There is no single causative event, gene, or mechanism responsible for the injury. However, what may be surprising to know is that ACL injuries occur up to nine times more frequently in females than in males. Researchers have identified specific differences in jump-landing characteristics and neuromuscular control between male and female athletes that may contribute to the increased incidence among females. Additional theories have included differences in hormonal levels and their effects on ligament strength as well as ratios and sizes of the bones about the knee in women vs. men.

Pediatric ACL injuries are a subset of injuries that occur in patients who are skeletally immature (have not finished growing). These patients have unique considerations and risks in determining optimal treatment, as their cartilage is quite vulnerable, their bones are continuing to develop, and their growth plates are at risk for injury.

Twenty years ago, most surgeons felt that the risks of injury to the growth plate from surgery outweighed the benefits of ACL reconstruction and advocated delaying surgery until the patient was fully grown. Over the past 10 to 15 years, this approach has been radically transformed. The reality accepted among most fellowship-trained sports medicine specialists is that we know most children with ACL tears simply will not tolerate total restriction of activity and are at risk for recurrent instability and cartilage damage from simply playing or participating in unorganized sports. In addition, it is estimated that up to 50% of children treated non-surgically will not return to sports activities (McCarroll, et al. AJSM 1988).

Recent research has identified specific procedures for each age and level of skeletal maturity to minimize risk of a growth plate injury or disturbance. This becomes quite important when one recognizes the potentially devastating effects of recurrent instability, leading to a possibly catastrophic loss of articular or meniscal cartilage. Numerous studies have clearly demonstrated the safety and efficacy of Pediatric ACL Reconstruction through a variety of different approaches (Fabricant, et al. JBJS-A, 2013). These include techniques that use hamstring grafts, avoid fixation across the growth plate, and carefully position tunnels in and around the femur and tibia to minimize risk of growth disturbance. Critical considerations in these cases include the extent of instability, activity level of the patient, skeletal age and growth remaining, and presence of associated meniscal and cartilage injuries.

Call Dr. Rudzki and the knee injury specialists at WOSM to treat your ACL Injury

Discussing age, treatment options, and graft choices is critical in choosing the optimal plan of care for patients. Washington Orthopaedics & Sports Medicine in Washington, DC has the experience and expertise to properly care for your ACL injuries. Further discussion in our subsequent blog posts will review the essential considerations of ACL rehab and how to not only optimize post-surgical rehabilitation, but also minimize recurrent injury based on the latest available scientific evidence. 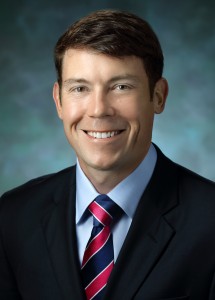 Dr. Jonas R. Rudzki is a board-certified, fellowship-trained orthopaedic surgeon specializing in sports medicine and conditions and injuries of the shoulder, knee, and elbow. In addition to serving as an attending surgeon at WOSM since 2006, he is a clinical associate professor in the Department of Orthopaedic Surgery at The George Washington University School of Medicine. Dr. Rudzki also serves on the Evaluation Committee and Board of Councilors of the American Academy of Orthopaedic Surgeons (AAOS).